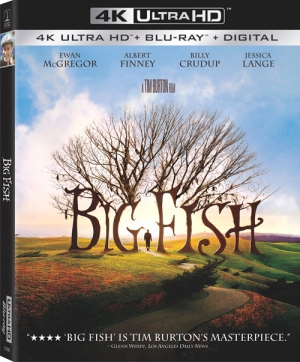 All right, we hope you all had a great weekend. We’re starting the week off with several new Blu-ray reviews...

Tim has checked out Adrian Hoven’s Castle of the Creeping Flesh (1968) from Severin Films.

And Dennis has turned in a trio of reviews as well, including Frank Perry’s Doc (1971), Sidney Lanfield’s My Favorite Blonde (1942), and Richard Fleischer’s The Don is Dead (1973), all newly released or coming soon on Blu-ray from Kino Lorber Studio Classics.

Our reviews of Lord of the Rings & Hobbit in 4K are up, plus upcoming title news, Cyber Monday sales & more 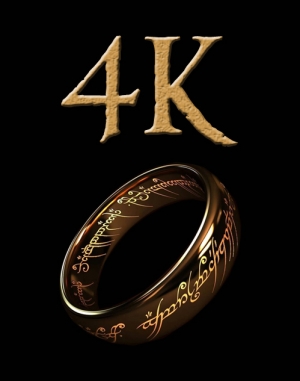 Afternoon, everyone and happy Cyber Monday. We hope you’ve all had a happy and safe Thanksgiving holiday, for those of you here in the States. And for everyone else, we hope you had a great weekend.

We were very busy here at The Bits over the weekend. I’ve completed our in-depth review of Peter Jackson’s The Lord of the Rings: The Motion Picture Trilogy in 4K Ultra HD from Warner Bros. The disc streets tomorrow, but we’re hearing that supplies are a little short so it might take another few weeks for everyone who ordered to get their copies.

For those of you who want the short version, the set is fantastic. It includes all three films—The Fellowship of the Ring, The Two Towers, and The Return of the King—in both the Theatrical Cuts and Extended Editions on separate discs (the Extended Editions are split over two UHD discs, as they were on Blu-ray and DVD). There are no special features in the set beyond a Digital Copy code. However, the new 4K remasters are spectacular. Truly, these films have never looked better—not even during their original run in theaters. The 4K-remastered image falls a bit short of reference quality, but trust me when I say that they’re so much better than their previous Blu-ray versions that there’s just no comparison. And the new HDR color grade is breathtaking. Not to mention the sound—each film includes a new Dolby Atmos surround sound mix that absolutely IS reference quality. So I highly recommend that you all check out my review here. [Read on here...]

Yabba Dabba Doo!: Remembering “The Flintstones” on its 60th Anniversary 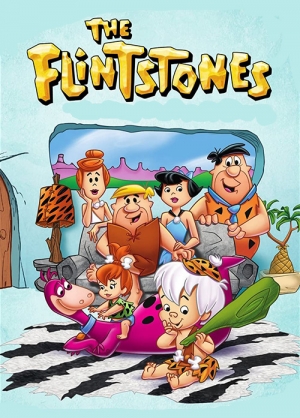 “The Flintstones was the first animated sitcom in television history. They paved that gravel road and it’s been smooth traveling ever since.” — Steve Cox, author of Mining Bedrock: The Voices Behind Television’s First Animated Sitcom, The Flintstones

The Digital Bits and History, Legacy & Showmanship are pleased to present this retrospective commemorating the 60th anniversary of the broadcast premiere of The Flintstones, Hanna-Barbera’s animated series set in the Stone Age (but inspired by The Honeymooners and mid-20th Century suburban America) that introduced the world to Fred and Wilma Flintstone, Barney and Betty Rubble, Pebbles and Bamm-Bamm, Dino, Mr. Slate, The Great Gazoo, and a host of other memorable supporting characters.

The popular series (recently released on Blu-ray and reviewed here) originally ran in prime time on ABC from 1960 to 1966 and spawned numerous spin-offs, TV specials, movies and tie-in merchandise. It premiered 60 years ago this autumn, and for the occasion The Bits features a Q&A with a trio of pop culture and animation historians who reflects on the series’ appeal six decades after its debut. [Read on here...] 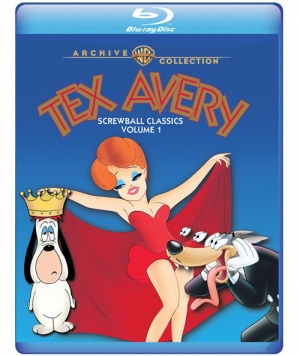 All right, we have some big release news for you today...

But first, we’ve got more new Blu-ray Disc reviews for you to enjoy, including...

And more reviews are coming tomorrow too, so be sure to stay tuned for those.

Now then, the big news today is that the Warner Archive Collection has officially announced the details of their Tex Avery Screwball Classics, Volume 1 Blu-ray! [Read on here...]

All right, we’ve got some GREAT Blu-ray release news today to close out the week for you. But first, we have a few more new Blu-ray reviews...

First, Dennis has posted his thoughts on Ernest B. Schoedsack’s Doctor Cyclops (1940) and Fritz Lang’s House by the River (1950), both newly released by Kino Lorber Studio Classics.

And Tim has taken a look at Paolo Heusch’s Werewolf in a Girl’s Dormitory (1961) from Severin Films and Lucio Fulci’s The House by the Cemetary (1981) from Blue Underground.

Also, I’m currently working on 4K Ultra HD reviews of Zombieland: Double Tap, Gemini Man, and more which I expect to post soon, so be sure to watch for them. [Read on here...] 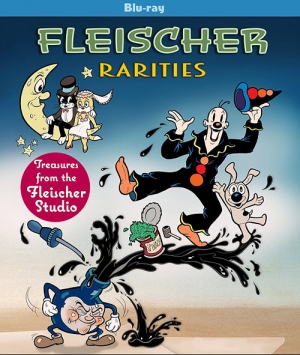 All right, we’re waiting on a number of 4K Ultra HD review titles to come in any time now, including The Patriot, Fury, Red Sparrow, and the Jurassic Park set. While we do, we’ve got some release and announcement news for you...

First up, it appears that the official street date for Disney and Pixar’s The Incredibles in 4K Ultra HD is 6/5 and not 6/12. We expect the official press release to go out any time now and we’ll post the details as soon as it does. So adjust your plans accordingly.

Also today, Shout! Factory has announced that review product for their recent Wild at Heart: Shout Select Blu-ray release had a manufacturing error that’s now being corrected for the actual retail product. This means that the street date for the title has been moved from 5/22 to 8/21. Adjust your plans accordingly. [Read on here...] 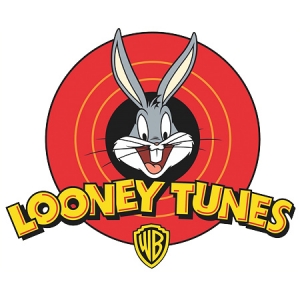 Our very own Dr. Adam Jahnke has posted a new review of Ziad Doueiri’s The Attack on Blu-ray Disc. The title is now available from Cohen Media Group. Sounds like an interesting film, so do check it out.

In announcement news today, Universal has set Continuum: Season Two for BD and DVD release on 3/25. Extras will include commentary with the cast and crew on most episodes and the Continuum: Behind the Scenes featurette. They also have Psych: The Complete Eighth Season coming on DVD only on 4/1, with podcasts, extended scenes and more.   [Read on here…]