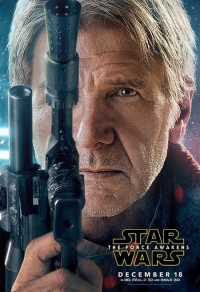 All right, let’s wrap up this week in style, shall we?

We’ve got a final Halloween Hangover “Leftover” review for you today from our own Tim Salmons: A look at Freddie Francis’ Dr. Terror’s House of Horrors (1965) now available on Blu-ray from Olive Films. If you’ve enjoyed Tim’s review work this Halloween season, be sure to drop him a note on his Facebook page and send him a little love. He’s worked hard and done a fantastic job. Well done, Tim!

I should also mention that I’ve just gotten a few big new Blu-ray titles (for some of the bigger spring and summer films) and I’m going to be posting reviews next week. So be sure to stay tuned for them.  [Read on here…]

In other news today, we’ve learned that Universal’s Mr. Robot: Season One on Blu-ray (due 1/12/2016) will include deleted scenes, a gag reel, and a making of featurette.

Our friends at Scream Factory have revealed that their double feature BD of The Dungeonmaster and Eliminators (due 12/15) will include a new interview with director Peter Manoogian, a new HD transfer of Eliminators, and the theatrical trailer for The Dungeonmaster.

In other news Timeless Media Group has set The Bold Ones: The Lawyers – The Complete Series for DVD only release on 12/1. All 27 original episodes will be included.

Paramount has set Inside Amy Schumer: Season Three for DVD-only release on 11/24, with deleted scenes and an unaired sketch from the show.

XLrator will release Tokyo Tribe on Blu-ray and DVD on 12/1.

And PBS Distribution will release Frontline: My Brother’s Bomber on DVD on 11/24.

Don’t forget: Amazon.com has started offering Countdown to Black Friday deals on all kinds of products (including Blu-rays, DVDs, and home electronics) so do be sure to check them out. Remember – anything at all that you order from Amazon after clicking through to them from any of our links helps to support our work here at The Bits and we surely do appreciate it!

Finally today, we’ve saved the best for last... Disney and Lucasfilm have just rather unexpectedly dropped another new trailer for Star Wars: The Force Awakens – for Japanese audiences – and darned if it doesn’t include a LOT of new and as-yet-unseen footage. Very, very cool. Here it is... enjoy...

I’ll tell you, folks… we’re starting to get pretty excited around here.

Have a great weekend folks! Go see SPECTRE and Peanuts. See you Monday.

Bits #4K Review – @stephenbjork checks out the latest in the #DCEU, James Gunn's THE SUICIDE SQUAD—now available on #UltraHD and #Bluray from @warnerbros. @BillHuntBits thedigitalbits.com/item/suicide-s…