Happy Halloween, everyone! Today is just a quick update, as there’s not a lot of news to report and we know many of you have plans for the evening.

However, we’ve got a pair of new Blu-ray reviews for you to enjoy today, including Tim’s look at Scream Factory’s Dawn of the Dead (2004) and also Red Christmas from Artsploitation Films. Enjoy!

In announcement news today, Kino Lorber has revealed that they’re working on new Blu-ray and DVD editions of Dan Curtis’ Trilogy of Terror (1975) for release in 2018. The company has also set Cadillac Man (1991) for Blu-ray release on 1/2/18. [Read on here…]

And we wanted to let you all know that we’ve just updated our 4K Ultra HD Release List with a BUNCH of new Amazon US and UK pre-order links for such forthcoming titles as Fox’sMurder on the Orient Express (2017) and Kingsman: The Golden Circle, Lionsgate’s Moonlight, The Hitman’s Bodyguard, and American Assassin, Paramount’s Interstellar, Transformers,Transformers: Revenge of the Fallen, Transformers: Dark of the Moon, Transformers: Age of Extinction, Suburbicon, and Mother!, Shout! Factory’s Mysteries of China, Sony’s Only the Brave, Universal’s American Made and The Snowman, and Warner’s Blade Runner 2049, Geostorm, Stephen King’s It, and The LEGO Ninjago Movie. We’re continuing to add new Amazon pre-order links as they go live, so do keep checking back. And as new information comes in, we’re detailing the known specs, and indicating the quality of the title (and adding our own review links) as we get a look at them.

Speaking of which, here’s a look at some new cover artwork for upcoming titles on the format, including all of Paramount’s Transformers titles (just click on the covers to pre-order them on Amazon.com)... 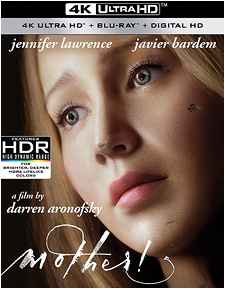 Now then... have a great Halloween and we’ll see you back here tomorrow!