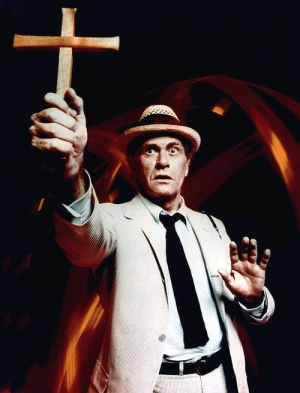 All right this is just a quick post to round out the week...

We’ve posted a couple new disc reviews today. First up, Tim and I have given John Carpenter’s Prince of Darkness a look in 4K Ultra HD from Scream Factory and found it to be pretty damn solid, with another great 4K film scan and remaster and all the extras you’ve come to expect from Scream (the new Blu-ray in the package features the same 4K scan too). You’ll find that here.

Also, I’ve taken a look at Anthony Spinelli’s Sex World (1977), as newly released on 4K Ultra HD by our friends at Vinegar Syndrome. Yes, it’s an adult title, but we’re not reviewing the film itself—just the disc quality. As this is one of the first such titles to appear in 4K UHD here in the States, the curiosity value makes it worth a look from our perspective. It’s actually a decent film remaster and the review is worth a laugh or two (there’s also nothing offense therein). So do give it a look.

And with a little bit of luck, I hope to have a review of Discotek’s new Lupin the 3rd: The Castle of Cagliostro – 40th Anniversary Collector’s Edition 4K Ultra HD up by the end of the day as well. (The review is up now; you can find it here.) [Read on here...] 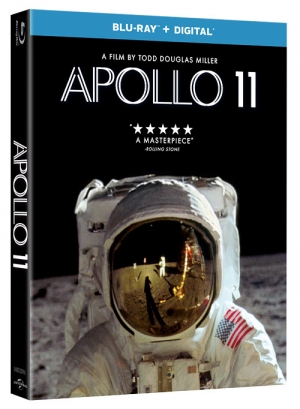 We mentioned this title a few days ago, but now we can officially confirm that Universal Pictures Home Entertainment and Neon will be releasing Todd Douglas Miller’s acclaimed large format documentary, Apollo 11, on Blu-ray, DVD, and Digital on May 14th.

From the studio’s press release:

“Crafted from a newly discovered trove of 65mm footage, and more than 11,000 hours of uncatalogued audio recordings, Apollo 11 takes us straight to the heart of NASA’s most celebrated mission—the one that first put men on the moon, and forever made Neil Armstrong and Buzz Aldrin into household names. Immersed in the perspectives of the astronauts, the team in Mission Control, and the millions of spectators on the ground, we vividly experience those momentous days and hours in 1969 when humankind took a giant leap into the future ” [Read on here...] 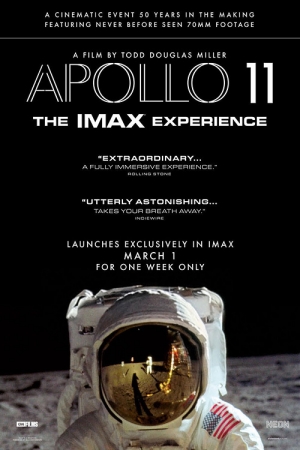 Last night I had the chance to attend a screening of the new Apollo 11 documentary in IMAX format... and let me tell you, it’s the experience of a lifetime.

If you’re like me, and are either a spaceflight historian or enthusiast or both, you probably think you’ve seen or heard every piece of footage there is of the legendary Apollo 11 Moon landing mission.

I certainly thought I had. I’d seen all the previously released film, heard hundreds of hours of audio recordings and interviews, read all the books.

But you’ve seen nothing yet. And that is a kind of miracle that I never imagined possible.

Todd Douglas Miller’s Apollo 11, produced by CNN Films and distributed by Neon, is a genuine revelation. [Read on here...]