All right, today’s post is a quick one because I’m spending the disc and evening working on new disc reviews.

BUT... we’ve got something fun for you fans of Friday the 13th today—the complete list of extras that Shout! Factory and Scream are packing into their forthcoming Friday the 13th Collection: Deluxe Edition box set, which is due on 10/13.

So here’s the text of their press release with the complete list:

“LOS ANGELES, Calif. – Scream Factory has just announced the full list of exciting and shockingly extensive bonus features that will be included in the Friday the 13th Collection: Deluxe Edition, to be released on October 13th, 2020 (see full list below).

“In celebration of the 40th anniversary of the original and groundbreaking 1980 film Friday the 13th, the 16-disc set is the definitive Blu-ray collection of one of the most influential horror franchises ever created and includes all 12 original films from Paramount Pictures and New Line Cinema. [Read on here...]

The Musical Goldmine of ’69: Remembering “Paint Your Wagon” on its 50th Anniversary

“Paint Your Wagon is remembered as a standalone oddity in the careers of Lee Marvin and Clint Eastwood.” — Matthew Kennedy, author of Roadshow! The Fall of Film Musicals in the 1960s

The Digital Bits and History, Legacy & Showmanship are pleased to present this retrospective commemorating the golden anniversary of the release of Paint Your Wagon, the Oscar-nominated cinematic interpretation of the Lerner and Loewe stage musical which starred Lee Marvin (Cat Ballou, Point Blank), Clint Eastwood (Dirty Harry, Unforgiven) and Jean Seberg (Pendulum, Airport).

Paint Your Wagon — directed by Joshua Logan (South Pacific, Camelot) and which also featured Harve Presnell (The Unsinkable Molly Brown, Fargo) and Ray Walston (My Favorite Martian, Fast Times at Ridgemont High) — opened 50 years ago this month. For the occasion, The Bits features an historical reference listing of the film’s major-market roadshow engagements and a Q&A with film historian Matthew Kennedy, who discusses the film’s virtues, shortcomings and legacy. [Read on here...] 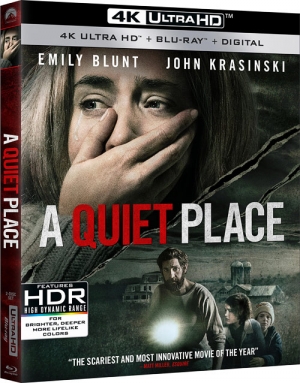 All right, we’ve been busy with reviews here at The Bits this week and the work continues through the weekend.

Not finished though, I’ve also posted my review of Universal’s Darkest Hour in 4K Ultra HD, which is not only a terrific film it’s a gorgeous 4K presentation of some of the best cinematography in recent years. I highly recommend this one.

By the end of the day (fingers crossed) I’ll also have posted my reviews of Paramount’s Forrest Gump and Terminator Genisys in 4K Ultra HD. [Read on here...]

A nod to TVShowsonDVD, plus audio specs for Mission: Impossible 4K & a non-spoiler Solo review

All right, first things first today. You may recall that recently (as part of our Back the Bits call to arms here at the site) we mentioned how tough it is to keep a good independent media website going on the Internet these days. Believe me, it is. No kidding.

So it’s with sadness that we tip our hats today in honor of our friends Gord Lacey, Dave Lambert, and their fine TVShowonDVD.com website, which has sadly gone dark after 18 years of great service to home media enthusiasts. They intend to continue on social media (visit the page for the links), but we’re sad to see their website go away regardless.

Gord, Dave… we love you guys. Thank you for 18 great years. And thanks too for your friendship. You have ours always. [Read on here...]

We start with Tim’s take on Larry Cohen’s It’s Alive Trilogy, new on Blu-ray from our friends at Scream Factory. He’s also got a review of Herschell Gordon Lewis’s Two Thousand Maniacs! on Blu-ray from the good folks at Arrow Video.

I’m working to wrap up that review of The Patriot in 4K Ultra HD from Sony, and I should have that up later this afternoon. So be sure to watch for it. Fury is on deck along with Escape Plan from Lionsgate.

Universal swears that they’re sending us the Jurassic Park Collection for review as well, so we do intend to cover it as soon as we’re able. [Read on here...] 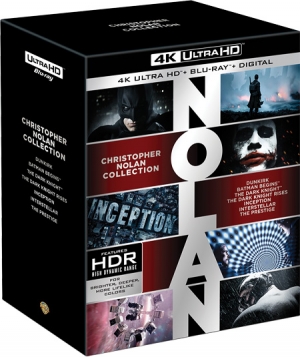 First up, we’ve got a trio of new disc reviews for you to check out. I’ve offered my thoughts on Sony’s new A Few Good Men: 25th Anniversary Edition on 4K Ultra HD, which is one of the best film-based catalog titles I’ve seen yet on the format in terms of A/V quality. I’ve also posted a review of Netflix’s Target-exclusive Stranger Things: Season 1 on Ultra HD, which is native 4K but has no HDR and only lossy audio – a real disappointment, all things considered. Meanwhile, Tim has posted his review of Shout! Factory’s new Mystery Science Theater 3000: Volume XXXIX box set on DVD. Note that more Blu-ray and 4K reviews are on the way all this week, so keep checking back. [Read on here…]

Welcome to a new edition of Pick-Ups!

Thank you for tuning in. Sorry for my absence, but I’ve been on a bit of a vacation. My Mom came down to visit with us, so our focus was on spending some time with her.

While she was here, we did manage to catch Keanu and Captain America: Civil War at the theater. Both were enjoyable and definitely going out and seeing if you haven’t yet (I’m sure most of you have seen the latter movie by now). [Read on here…]

Tim Salmons is a Contributing Editor for The Digital Bits, having joined the site's staff in February 2010. Originally from Manchester, Kentucky, he moved to Louisville as a teenager where he became interested in writing and filmmaking. Having been raised…

Heads up: Our friends at @mvdentgroup are having a "Midnight Movie Society" sale on select #Bluray and #DVD titles—up to 90% off, now through 10/22. Stock up while you can! mvdshop.com/collections/mm…

Today on The Bits – @Criterion’s January slate has A Hard Day’s Night & The Piano in #4K, plus new @WBHomeEnt #UltraHD delays, The Running Man on #UHD in Germany from @cplght & more thedigitalbits.com/columns/my-two…