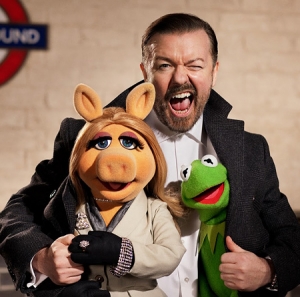 We’ve got a bunch of stuff to go over today to finish off the week...

First up, though, go see Godzilla this weekend if you get the chance. It’s a pretty good film. It’s not perfect, but director Gareth Edwards definitely gets the Godzilla mystique and he’s crafted an interesting and entertaining film. By the way, when you go, you might also get a look at the new trailer for Christopher Nolan’s forthcoming Interstellar, which I’m cautiously getting excited about.

All right, here at The Bits today, our very own Dr. Adam Jahnke has turned in a fine new JET installment featuring his latest An Honor to Be Nominated, this time looking back at director Robert Altman’s Nashville (1975). Don’t miss it. [Read on here...]

Today being a work holiday here in the States, things are a bit slow news-wise, but we do have some good stuff for you nevertheless…

First, our own Tim Salmons has posted a review of Disney’s new Mary Poppins: 50th Anniversary Edition on Blu-ray Disc. Sounds like it’s loaded with content and the quality is excellent. Do check it out.

Also today, Doogan has updated his Gripe Soda column with another weekly installment of Doogan’s Queue, running down all of the great Blu-ray and DVD titles that street tomorrow.  [Read on here…]

All right, we’ve got a quick early update for you today.

First, in the event you missed it, we posted a new History, Legacy & Showmanship column from our own Michael Coate yesterday, featuring a look back at the original theatrical release of Superman: The Movie.  Yesterday marked the film’s 35th Anniversary.  The piece features a good interview component too, so do check it out if you haven’t read it yet.

Also today, after noting the passing of the legendary actor Peter O’Toole yesterday, this morning we must acknowledge the death of Tom Laughlin as well, star of the Billy Jack films.  He was 82.  You can read more on this here at the L.A. Times.  Sadly, actress Joan Fontaine also died this past weekend at the age of 96.  Fontaine was known for roles in such films as Jane Eyre, Ivanhoe, The Constant Nymph and Letter from an Unknown Woman, in addition to starring turns in Alfred Hitchcock’s Rebecca and Suspicion (for which she was best known).  More here at the New York Times.  Both will surely be missed.  [Read on here…]

Bits #4K Review – Oh, yes we did: @BillHuntBits spins Anthony Spinelli’s SEX WORLD (1977) in #UltraHD from @VinegarSyndrome, mostly for the lulz. (Don’t worry, not the start of a trend. But it’s a solid remaster &—we think—the 1st adult title on US UHD.) thedigitalbits.com/item/sex-world…