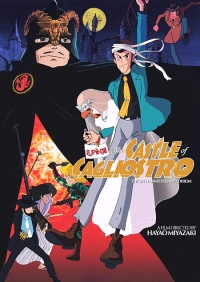 All right, this will be a bit of a quick post because there’s not a lot of news to report and we’re working on new Blu-ray reviews for you guys. As such, we have three for you today.

Dr. Jahnke’s Hell Plaza Oktoberfest review this morning is a dandy – Scream Factory’s new Nightbreed: The Director’s Cut – Limited Edition Blu-ray set. It’s another home run from a company that seems to do nothing but these days.

Speaking of which, I’ve checked in today with a review of Shout! Factory’s outstanding and remastered Pee-wee’s Playhouse: The Complete Series box set on Blu-ray – a title we first revealed at our panel way back at San Diego Comic-Con in 2013. The remastering and extras were personally supervised by Pee-wee himself, Paul Reubens, and the result is pretty impressive.  [Read on here…]

Also, Tim has turned in his thoughts on Lionsgate’s Hannibal: Season One on Blu-ray (with his take on Season Two on the way). Not only is it a pretty great little series, but the Blu-ray features extras produced by our old friend Cliff Stephenson.

In terms of announcement news today, we have word that Warner Home Video has set Dolphin Tale 2 for Blu-ray and DVD release on 12/9.

While we’ve been talking Scream Factory, the company has revealed plans to release both the 2002 Carrie TV movie and also the 1999 sequel to the origianal theatrical film The Rage: Carrie II. Look for them as a Blu-ray double feature release sometime next Spring.

Millennium Entertainment has set Good People for Blu-ray and DVD release on 10/28. The film stars James Franco and Kate Hudson.

Here’s a weird one: Lionsgate is releasing Tyler Perry’s Madea’s Tough Love on DVD on 1/20/15. Why is it weird? Because it’s a Tyler Perry/Madea... animated movie. No kidding.

PBS Distribution will release Ice Warriors: USA Sled Hockey on DVD only on 11/11. PBS will also release Worricker: Turks & Caicos and Worricker: Salting the Battlefield on Blu-ray and DVD on 11/18.

And finally, Discotek Media has officially set Hayao Miyazaki’s Lupin the 3rd: The Castle of Cagliostro – 35th Anniversary Edition for DVD only release on 12/23. But worry not – we hear that a Blu-ray release will follow early in 2015 (probably before March). In any case, you can see the DVD cover artwork below.

We’ll leave you with a look at the DVD cover art for Lupin (not available for pre-order yet on Amazon but we’ll add the link as soon as possible) and some additional Blu-ray artwork too... 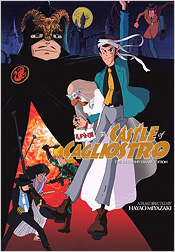 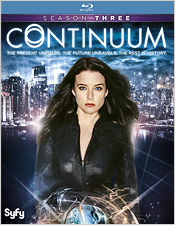 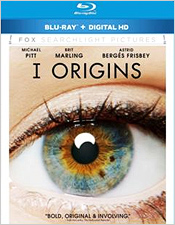 Now it’s back to working on reviews. The dwarves are getting impatient. Back tomorrow. Stay tuned!

Today on The Bits – In the Heat of the Night hits #4K on 4/19, plus The Untouchables, The Sleeper Must Awaken, Peter Robbins RIP & more thedigitalbits.com/columns/my-two…