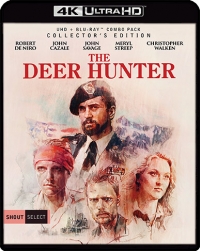 So the big news this morning is that Shout! Factory has dropped an out-of-left-field 4K Ultra HD announcement: They’re gotten the US release rights to Michael Cimino’s 1978 Best Picture winner The Deer Hunter. As some of you will know, this was a Studio Canal release last year in the UK on 4K Ultra HD, but there was no U.S. distributor.

Shout! will be releasing it on 5/26 as a Shout Select 4K/Blu-ray Collector’s Edition. SRP is $34.93, but you can pre-order it direct from the Shout website for just $28.43 with an exclusive poster. There will apparently be some new extras, which will be announced at a later date. We have no details yet on HDR or audio specs, but the Studio Canal package included Dolby Vision and HDR10, with 2.0 and 5.1 DTS-HD Master Audio. [Read on here...]

What’s even more interesting about this is the possibility that Shout! (and their Scream Factory label) could also have licensed the US 4K rights to other Studio Canal 4K titles that were released in the UK and Europe but not here in the States... including The Fog, Escape from New York, The Prince of Darkness, and They Live. It will be fascinating to see what other announcements might follow.

In the meantime, we’ve updated our 4K Ultra HD Release List here at The Bits to include this first title.

Also today, Warner Bros. Home Entertainment has set the Clint Eastwood film Richard Jewell for release on Blu-ray and DVD on 3/17, with a Digital release expected on 3/3. Extras will include 2 featurettes (The Making of Richard Jewell and The Real Story of Richard Jewell). Audio will be DTS-HD MA. It does not appear that a 4K release is planned.

And RLJE Films has officially set Richard Stanley’s Color Out of Space for release on Blu-ray, DVD, 4K Ultra HD, and Digital on 2/25. Based on the classic horror story by H.P. Lovecraft, the film stars Nicolas Cage. Extras on all versions will include The Making of Color Out of Space, deleted scenes, and a photo gallery. SRP is $29.96 for the DVD, $29.97 for Blu-ray, and $35.97 for the 4K. Audio will be DTS-HD MA on both Blu-ray versions. There’s no mention of HDR, so we would assume HDR10 only.

Here’s a look at the cover artwork for all of the titles mentioned above (click on the images to pre-order them on Amazon.com, if available)... 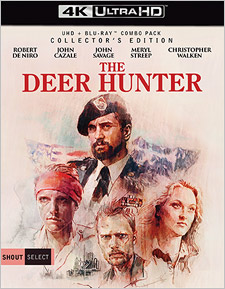 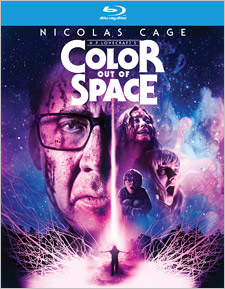 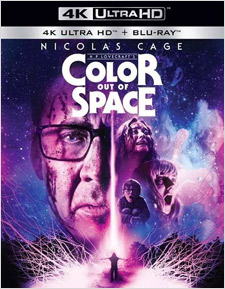 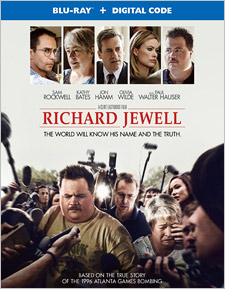 RT @BillHuntBits: Well, that was fun. Thanks to everyone who tuned in live with questions. You can watch the entire episode here... @Burnet…