The big news today isn’t quite official yet, but we expected the press release at any time: Universal will release Steven Spielberg’s Schindler’s List: 25th Anniversary Edition on 4K Ultra HD on 12/18, as we’ve been saying for a while now. In addition to a new 4K scan, the audio will be English Dolby Atmos, with HDR10 high dynamic range. The previous Blu-ray edition will also be included with DTS-HD MA audio.

There’s a new retrospective featurette: Schindler’s List: 25 Years Later, featuring video of a panel and Q&A with Spielberg, Liam Neeson, Ben Kingsley, Embeth Davidtz, and Caroline Goodall recorded at the Tribeca Film Festival earlier this year. You also get the previous extras and a Movies Anywhere Digital copy. And here’s the deal: The title is now available for pre-order on Amazon.com at this link. You can see the official cover artwork to the left and also below.

Also newly available for pre-order on Blu-ray and 4K are Night School (with a street date of 1/1/19), Halloween (2018), First Man, and The House with the Clock in its Walls. We’ve updated The 4K Ultra HD Release List here at The Bits accordingly. [Read on here...]

All right, we’ve got a little bit of ground to cover today. We’ve been updating our servers and whatnot, on top of which some Russian/Ukrainian bot army decided to launch a DDOS attack on The Bits for random unknown reasons. It should be noted that this kind of thing happens to most websites on the Internet pretty regularly. But it’s a wonder that the Internet works at all these days, with all the trolls, scams, and state-sponsored chicanery going on.

Anyway... first up here at The Bits today, we have four new Blu-ray reviews for you to check out, including Tim’s look at The Man in the Iron Mask from Shout! Factory, Dennis’ take on Invasion of the Body Snatchers from Olive Films, David’s thoughts on The House of Tomorrow also from Shout!, and Jason’s look at Cabin Boy from Kino Lorber Studio Classics. Enjoy! 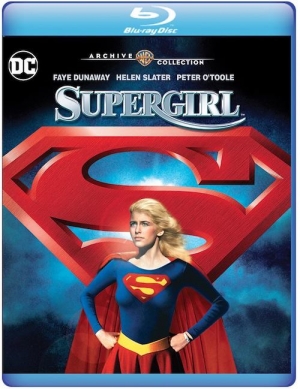 All right, yesterday’s My Two Cents post apparently got corrupted somehow after we posted it. So we’re going to cover much of the same ground today, plus a lot more.

We start things off (again) today with another new Blu-ray review from Tim Salmons. He’s taken a look at the new 3-disc The Last House on the Left: Limited Edition Blu-ray set from director Wes Craven and our friends at Arrow Video. Sounds like it’s pretty damn solid, so do give it a look.

In announcement news, Shout! Factory has unveiled some great new Blu-ray titles, including a Dragnet: Collector’s Edition (street date 10/30) and The Man in the Iron Mask: 20th Anniversary Edition (due 10/9), both as Shout Select releases. The extras are TBA.

Meanwhile, their Scream Factory label chimes in with a House on Haunted Hill: Collector’s Edition (the 1999 film obviously) which is due to street on 10/9. Extras are TBA, but material from the previous DVD release will carry over. Look also for The Wasp Woman (10/30), a Trick ’r Treat: Collector’s Edition (10/9), The Bride (1985) and an Exorcist II: The Heretic – Collector’s Edition (both on 9/25). [Read on here...]