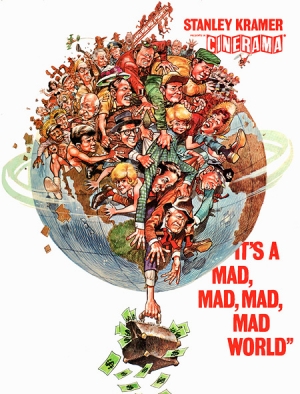 The Digital Bits is pleased to present this retrospective article commemorating the golden anniversary of the original release of Stanley Kramer’s It’s a Mad Mad Mad Mad World and a new Blu-ray Disc from The Criterion Collection.

Featured in this tribute are a list of the epic comedy’s roadshow engagements and an interview segment with several people involved with the production of the Blu-ray Disc. [Read on here...]

Michael Coate is a journalist and film historian who joined The Digital Bits as a Contributing Editor in 2013. His column for The Bits is History, Legacy & Showmanship, which focuses on retrospectives and tributes to popular and historically significant films. From…