Displaying items by tag: Among the Living BD review 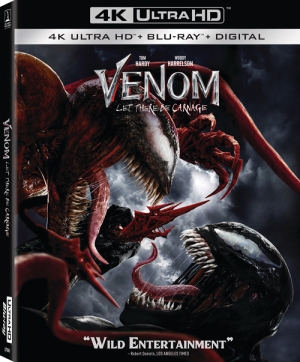 We’ve got a few more interesting pieces of release news for you all today, as well as more new disc reviews. Let’s get to the latter first...

Stephen has reviewed Robert Schwentke’s Snake Eyes: G.I. Joe Origins (2021) on 4K Ultra HD from Paramount, along with Norman Z. McLeod’s It’s a Gift (1934) on Blu-ray from Kino Lorber Studio Classics, and William A. Fraker’s A Reflection of Fear (1972) on Blu-ray from Imprint.

Also, Dennis has turned in his thoughts on Mark Robson’s Isle of the Dead (1945) on Blu-ray from the Warner Archive Collection and Stuart Heisler’s Among the Living (1941) on Blu-ray from Kino Lorber Studio Classics.

More reviews are on the way over the next several days, so be sure to watch for them.

Now then... in announcement news today, Sony Pictures Home Entertainment has just officially set Andy Serkis’ Venom: Let There Be Carnage for release on Blu-ray, DVD, and 4K Ultra HD on 12/14, with the Digital release due on 11/23. The 4K disc will include HDR10 high dynamic range and Dolby Atmos audio. Extras on both the Blu-ray and 4K will include outtakes & bloopers, 6 deleted scenes, and 4 behind-the-scenes featurettes (Eddie & Venom: The Odd Couple, Sick and Twisted Cletus Kasady, Concept to Carnage, and Let There Be... Action). You can see the cover artwork above-left and also below. [Read on here...]