Lionsgate has officially announced the Blu-ray and DVD release of Mad Men: Season Six on 11/5 (SRP $49.97 and $49.98).  Extras will include 6 featurettes (Design of a Decade, Recreating an Era, Gay Power!, Gay Pride!, Turn On, Tune In, Drop Out and Summer of Love Archives) and more TBA.  Love the cover artwork – you can see it below.

Also CBS has announced that they’ll release Star Trek: The Next Generation – Season Five on Blu-ray Disc on 11/19 (SRP $129.99).  It will include all 26 episodes, audio commentary, deleted scenes, episode promos and all the previous DVD features, another multi-part documentary (Requiem: A Remembrance of Star Trek: The Next Generation) and the In Conversation: The Klingons and What He Left Behind: The Roddenberry Legacy featurettes.

Also coming from CBS on 11/19 is Star Trek: The Next Generation – Unification (SRP $28.28), which (as was the case with The Best of Both Worlds and Redemption) will feature the 2-part episode edited into a movie version along with a new exclusive documentary called From One Generation to the Next.  You’ll find the cover art for both of these titles below as well.  [...]

20th Century Fox has announced the direct to Blu-ray and DVD release of Fright Night 2: New Blood – Unrated on 10/1.  Also coming to DVD only on 10/1 is New Girl: Season Two.  Bones: Season Eight follows on both Blu-ray and DVD on 10/8, along with White Collar: Season Four on DVD only.

Shout! Factory has announced that they’re releasing a Clive Barker’s Nightbreed: Extended Director’s Cut on Blu-ray and DVD in 2014.  Additional details will be announced in the weeks and months ahead. 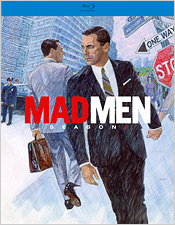 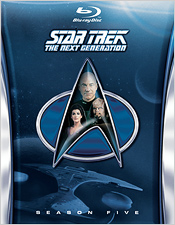 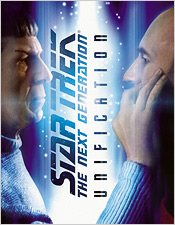 BREAKING on The Bits – We’ve got #4K #UltraHD cover art for the #StarTrek TNG films, plus Warner’s Maltese Falcon, Cool Hand Luke & Rebel Without a Cause (also, Howard Hawks’ Rio Bravo is confirmed for #UHD this year) & more! thedigitalbits.com/columns/my-two…

RT @BillHuntBits: There are #4K #Steelbook versions coming too...

RT @BillHuntBits: While we’re at it, here’s the #4K #UltraHD cover art for @WBHomeEnt’s forthcoming REBEL WITHOUT A CAUSE (1955), THE MALTE…