Captain Marvel official, plus What We Left Behind documentary, Alita, Wong Kar-wai news, and more 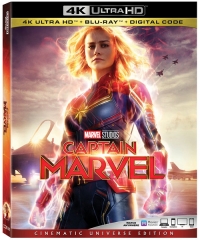 All right, today’s update is a bit of a catch-all, but I assure you that we’ve got a little something for everyone this afternoon...

First, I’ve posted my in-depth review of Ridley Scott’s Black Hawk Down in 4K Ultra HD. It’s available now from Sony and I have to say, I think it’s one of the most significant picture and sound upgrades yet on this format, especially when you consider that the existing Blu-ray was an early title on the format and that the Extended Cut has only been released on DVD previously. The set even carries over most of the previous Deluxe Edition DVD extras. Best of all, it’s only $20 on Amazon right now. Definitely check it out – it’s a must have UHD title.

Now then, the big news today is that Disney and Marvel have just officially announced the Blu-ray, DVD, and 4K Ultra HD release of Anna Boden and Ryan Fleck’s Captain Marvel. Look for the discs to be released on 6/11, just as we’ve been expecting for a while now, with the Digital release due on 5/28. You can see the official 4K artwork at left and also below. [Read on here...]

Best Buy will have an exclusive Steelbook version, while Target has an exclusive version packaged with a 40-page book. There will also be a Blu-ray 3D version, but not here in the States. You’ll have to import it from Amazon.co.uk here (but we believe it will be all region).

Audio on the 4K will be Dolby Atmos, while the Blu-ray will have DTS-HD MA. Extras on the Blu-rays will include an introduction by writers/directors Anna Boden and Ryan Fleck, audio commentary with Boden and Fleck, 6 deleted scenes, a gag reel, and 6 featurettes (Becoming a Super Hero, Big Hero Moment, The Origin of Nick Fury, The Dream Team, The Skrulls and the Kree, and Hiss-sterical Cat-titude). The Digital release will have 3 additional exclusive Journey into Visual Effects with Victoria Alonso featurettes.

While we’re talking 4K, many of you have asked us when Fox is expecting to release Alita: Battle Angel on Blu-ray and 4K. The street date we have now from our retail and industry sources is 6/25, and we’ve been told by the studio to expect the official announcement in the next few weeks. So stay tuned. In the meantime, we’ve updated The 4K Ultra HD Release List here at The Bits accordingly.

In regular Blu-ray news, we’ve learned (via the BBFC) that HBO’s forthcoming From the Earth to the Moon Blu-ray release (tentatively due on 7/16) will include the new Inside the Remastering Process featurette. We’ve also learned from retail sources that it’s likely to be a 3-disc set. Watch for official details soon.

In other news, Kino Lorber Studio Classics and our friends at the 3-D Film Archive are collaborating on a new Blu-ray 3D release of Revenge of the Shogun Women (1982, first released in China in 1977 as Shi shan nu ni) due later this year. We hear it’s a hoot.

Also, if any of you are Star Trek fans, trust me when I say that you do NOT want to miss Ira Steven Behr’s new and long in-the-works retrospective documentary about Star Trek: Deep Space Nine… What We Left Behind. It appears in theaters on Monday via Fathom Events and it’s coming to Blu-ray and DVD later this year from our friends at Shout! Factory. I’ve now seen it, and let me tell you... it’s terrific. It runs 116 minutes and features interviews with all of the major cast, guest stars, and crew members. It also includes newly-remastered live action film footage in full HD, as well as a fully-finished updating of Adam “Mojo” Lebowitz’s HD space battle test footage from the episode Sacrifice of Angels. But my favorite part is the chance to watch several of the show’s writing team vets, including Behr, Ronald D. Moore, René Echevarria, and others, breaking the outline for a first episode of an imagined Season 8 of the show. The film is really terrific, with a style and perspective that’s unique in the documentary genre, and it’s well worth your time. Whether you see it on the big screen (which I recommend) or wait for Blu-ray, be sure to check it out. More details are available here, here, and here. And here’s the trailer...

Also today, we’ve learned that director Wong Kar-wai is completing 4K restorations of all of his films in anticipation of the 20th anniversary of In the Moon for Love. Janus Films and the Criterion Collection hold the U.S. rights to these, so you can imagine that they’ll appear both on disc and the Criterion Channel at the appropriate time. In the meantime, you can read more here via Filmmaker Magazine. 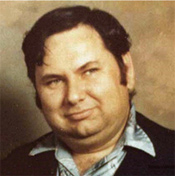 And finally today, I’d like to take a moment to acknowledge the passing of a friend and longtime reader of The Digital Bits on April 21st… William (Bill) McClelland. Bill was a retired audio-video engineer living in Florida, who’d worked at many different TV and radio stations over the years. He was also a huge fan of film and home theater. He’s probably emailed me 2-3 times a week for as long as I can remember to talk about upcoming title news, or various aspects of film and discs. I never had the pleasure of meeting him in person – the Internet is funny that way. The upside of it is that we often get to know and interact with those who share our passions, even if they live far away. Bill was definitely one of those people and I value every interaction we’ve had over the years. I’m glad to have called him a friend. For myself and all of us here at The Bits: I wish Bill’s family, friends, and loved ones comfort in this difficult time, and only the best of memories in the future. If any of you out there in the home theater community knew him, his family has created an online memorial in his honor here where you can post your thoughts and memories – you’ll find that here. Thank you, Bill... for everything.

All right, we’ll leave you with a little bit of new cover artwork for some of the titles mentioned above. Click on the links to pre-order them on Amazon (if available, and we’ll add them as they come online)... 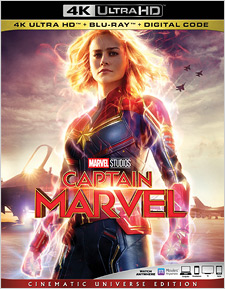 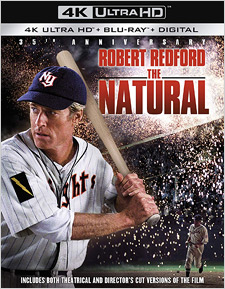 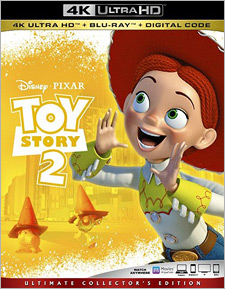 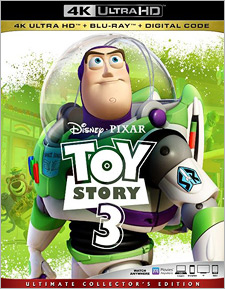 Have a good weekend and stay tuned...