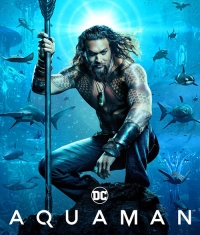 We may have more of an update later if news and time permit, but I just wanted to check in early here at The Digital Bits to share word we’ve just gotten from our retail and industry sources that suggests 3/26 is likely to be the street date for Warner and DC’s massively-successful Aquaman, from director James Wan.

The film has a 2K Digital Intermediate (per IMDB, and I haven’t confirmed this officially), but large portions were filmed in IMAX which should mean very high quality pixels. And the film should still look impressive in HDR on 4K. We have no word yet what the specs will be, but we would imagine Dolby Vision HDR and Dolby Atmos audio at the least.

Amazon.com is also suggesting that there will be a Blu-ray 3D SKU in addition to Blu-ray, DVD, and 4K Ultra HD. Watch for the official announcement in the next few weeks.

You Bits readers will love this: a detailed and fascinating story about the restoration of CITIZEN KANE for its 50th Anniversary. Well worth reading! #FilmHistory #Film #Movies twitter.com/NickFalacci/st…

Bits #BD Review – @timsalmons and @DrAdamJahnke delve into Sam Peckinpah's BRING ME THE HEAD OF ALFREDO GARCIA—re-released on #Bluray by @KLStudioClassic. @BillHuntBits thedigitalbits.com/item/alfredo-g…