Star Wars: The Empire Strikes Back – A Visual Guide to Changes, Fixes, and Tweaks in the Disney+ 4K Version 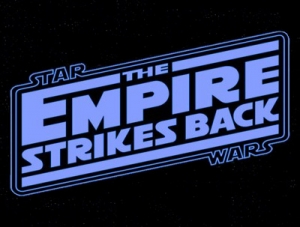 He’s been working diligently to create a kind of visual guide to all the changes found in the new Disney+ 4K version of Star Wars: The Empire Strikes Back.

Drew’s created a set of comparison images showing all of these updates and alterations—nearly 40 of them in all—and he’s kindly allowed us to compile them here in a 6-page gallery on The Digital Bits for all of you to see.

We definitely think that Star Wars fans will find this gallery both interesting and useful, not just to compare the new Disney+ 4K version to past Blu-ray and DVD releases, but also as a baseline in the event that further changes appear in the future. [Read on here...]

After a bit of an absence from the site, my annual Scream for a Week column makes its return with a batch of new great titles!

It’s been a few months since I’ve been able to do one of these, due mostly to some site work preventing me from doing so. Instead of mixing it up with both old and new content like before, I’ll be covering several recent releases instead.

Scream Factory has been putting out so much great content lately that it’s been a bit difficult to keep up with. Regardless, here’s a grouping of their more recent titles that we haven’t covered here at The Bits previously, with more to come in the future. [Read on here…]