All right, I’m sure some of you saw our Saturday post here at The Bits, in which we revealed the cover artwork for Christopher Nolan’s Interstellar in 4K from Paramount, as well as all three of his Dark Knight films in 4K from Warner Bros. Home Entertainment. We also revealed a bunch of new an upcoming 4K Ultra HD titles from almost all of the major studios. You’ll find that post here in the event you missed it.

In the meantime, we’ve also got a look at the cover artwork for Warner’s 4K UHD release of Nolan’s Inception as well (see left and below), also due on 12/19, though the title isn’t up for pre-order on Amazon.com yet. [Read on here…]

Meanwhile today, it’s beginning to look as if Warner’s Max Max High Octane Collection BD/UHD release may only include Mad Max: Fury Road in actual 4K, but again we’ve seen no official announcement yet so we can’t be sure one way or another until we do.

Paramount and Comedy Central have pushed the street date for South Park: Seasons 1-5 on Blu-ray to 12/5. Adjust your plans accordingly.

Meanwhile, on the standard Blu-ray front, Kino Lorber has announced that they’ll be releasing The Executioner’s Song (1982) as a 2-disc BD set on 1/2/18 as part of their Studio Classics line, featuring both the 135-minute Director’s Cut and also the 188 minute Original TV Cut.

Kino has also updated their full forthcoming BD release slate as follows. Look for Inspector Maigret and Maigret and the St. Fiacre Case on 12/5, Code of Silence: Special Edition, Platoon Leader/Soldier Boyz, Legend of the Lost, Brannigan, China Moon, and Paris Holiday on 12/12, Whales of August: 30th Anniversary Special Edition, Valdez is Coming, The Kentuckian, Four Faces West, Betsy’s Wedding/Holy Matrimony, and Big Business/Scenes From a Mall on 12/19, For Love of Ivy, Executioner’s Song, Cadillac Man, and Blame it on Rio on 1/2/18, Not as a Stranger, Judgment at Nuremberg, Inherit the Wind, The Wild Heart, The Garden of Allah, Intermezzo (1939), and The Young in Heart on 1/9/18, The Soldier, The Taking of Beverly Hills, and The Cemetery Club on 1/16. There’s an as yet unannounced title expected on 1/31, followed by Diabolical Dr. Z on 2/6, another unannounced title due on 2/13, then Underground (both cuts – 3 Discs) and The Covered Wagon on 2/20, and finally The Oldest Profession on 2/27. Yet to be scheduled but expected in 2018 are The Aviator (1985), The Big Country: Special Edition, Farmer’s Daughter, A Fistful of Dollars: Special Edition (from a 4K scan), For a Few Dollars More: Special Edition (from a 4K scan), Highway Dragnet, It’s the Old Army Game, Kundun, Legend of Hillbilly John, The Lion in Winter: Special Edition (from 4K scan), Manhandled, The Master: Complete Series, The Maze (3D), Miracles, Old Ironsides, Outer Limits: Season 1, Outer Limits: Season 2, The Outlaw, The Reincarnation of Peter Proud, Running Wild, Sangaree (3D), Sinbad of the Seven Seas, Special Delivery, The Spiral Staircase, Stagestruck, Stingaree, The Thomas Crown Affair: Special Edition (1968 – from a 4K scan), Trilogy of Terror, The Wilby Conspiracy, Woman in the Window, and A Woman’s Devotion. Whew! That’s a nice slate.

Finally today, here’s some very big industry news: 21st Century Fox has been in on again/off again talks with Disney about the latter purchasing most of Fox’s entertainment operation, including Fox Studios. That would not include the Fox TV network, TV affiliates, or their news or business operations. But this would certainly solve Disney’s Star Wars ownership issue (Fox owns the original Star Wars outright and the distribution rights to the other five of the first six films until May 2019). It would also bring The X-Men and Fantastic Four back into the official Marvel Cinematic Universe. This is NOT a done deal, and (in fact) it appears that the talks are currently off again, BUT… the fact that this deal has even been considered is rather extraordinary. Going forward, if the Murdoch family does decide that they’re in the mood to sell their film and entertainment decisions, Disney is the logical choice of buyer. We’ll have to watch these developments closely.

All right, we’re going to work on a bunch of new Blu-ray and 4K reviews today, so we’ll leave you with more of that new 4K cover artwork in case you missed it this weekend, plus Inception (click on the covers to visit the Amazon pre-order pages if such exist)... 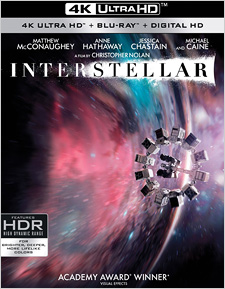 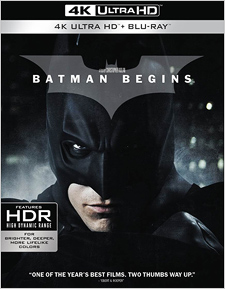 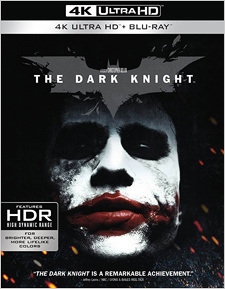 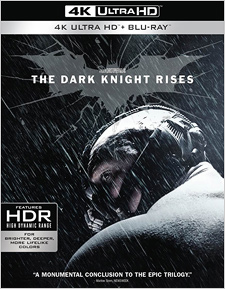 Bits readers, here's some Friday reading for you: Jahnke's Electric Theatre is back with the excellent Disney-Plus-Or-Minus, this time covering the forgotten #Disney live action film The Story of Robin Hood and His Merrie Men from 1952. @DrAdamJahnke jahnkeselectrictheatre.com/disney-plus-or…

Today on The Bits – Update: Official details on 300 and The Resident Evil Collection in #4K #UltraHD thedigitalbits.com/columns/my-two…