Tim’s checking in today with another new Pick-Ups Blu-ray review, this time a look at Kino Lorber Studio Classics’ sci-fi/horror curiosity The Incredible Two-Headed Transplant (1971). Yeah, it’s every bit as weird as you think. Do give it a look.

Now then, we’ve got a couple more interesting pieces of announcement news for you all today...  [Read on here…]

Also this afternoon, 20th Century Fox Home Entertainment has set The Other Side of the Door for Blu-ray and DVD release on 6/7.

Magnolia has confirmed the 5/10 Blu-ray and DVD release of the indie science fiction film Synchronicity.

And PBS Distribution will release Mr. Selfridge: The Final Season on Blu-ray and DVD on 5/17.

Also today, we have some more big 4K Ultra HD news: Universal has just officially thrown their hat into the 4K ring, by committing to “a progressive rollout of its growing roster of movie titles around the world beginning this summer, showcasing a mix of new releases, including some of this year’s most-anticipated blockbusters The Huntsman: Winter’s War, Warcraft and Jason Bourne as well as recent hits, such as Everest, Lucy and Lone Survivor, among others. Other 4K Ultra HD offerings in the pipeline will include a selection of IMAX spectacular cinematic films.” The studio expects to make its titles available on “both 4K Ultra HD Blu-ray and 4K Ultra HD digital formats. All of the designated offerings will feature a combination of 4K resolution and the color brilliance of High Dynamic Range, with many additionally including multi-dimensional sound for the ultimate immersive audio experience.” Essentially, this news leaves only Disney and The Weinstein Company as yet uncommitted to 4K UHD Blu-ray releases. Back to Uni, let me just say this right now: Flash Gordon (1980), properly restored in 4K with HDR, would thrill me right down to the ground. All in favor, say “Flash! AAaahhhhhhhhhh...!”

Finally, we’d like to take a moment to acknowledge the passing of actors Gareth Thomas and Doris Roberts. Thomas was best known as Roj Blake in the BBC sci-fi series Blake’s 7. He was 71. Roberts was a regular on TV’s Remington Steele and, of course, is best known to audiences as Marie Barone (Ray’s mother) on Everybody Loves Raymond. She was 90. You can read more here and here.

All right, here’s that new Criterion BD cover artwork (most of these titles are now available for pre-order on Amazon by clicking on the cover art – we’ll add the final pre-order link for Carnival of Souls when it goes live)... 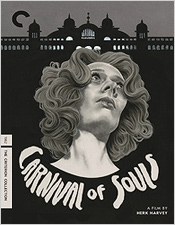 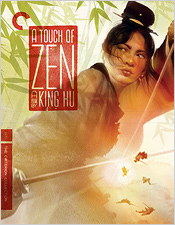 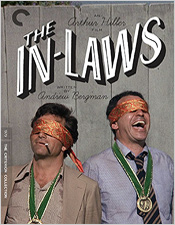 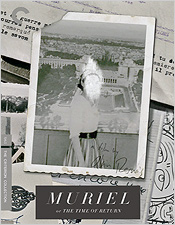 Heads-up @TheDigitalBits readers: Routine work on our server today means no updates, but we’ll be back on Monday. Also: If you notice political ads on The Bits, know that they’re running thru one of our ad network partners (& we have no control of them). Thanks for your patience.