Return to Tomorrow: Remembering “Star Trek: The Motion Picture” on its 35th Anniversary 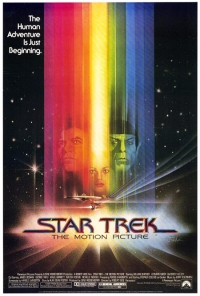 “The Human Adventure Is Just Beginning.”

The Digital Bits is pleased to present this retrospective commemorating the 35th anniversary of the release of Star Trek: The Motion Picture, the first big-screen adventure of the crew of the USS Enterprise.

The Bits celebrates the occasion with a Q&A with film historian and author Preston Neal Jones, who was given unprecedented access to Star Trek: The Motion Picture during its production, interviewing numerous cast and crew members in the process of creating an oral history of one of the most popular and significant science fiction films ever made.  [Read more here...]

Originally intended to appear in a special issue of Cinefantastique magazine, the 672-page work has remained unpublished… until now, exclusively through Creature Features (click here for the order page). 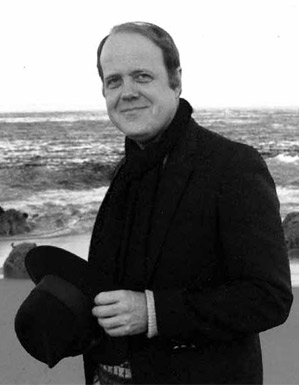 Michael Coate (The Digital Bits): In what way is Star Trek: The Motion Picture worthy of celebration on its 35th anniversary?

Preston Neal Jones: Clearly, it’s highly deserving of celebration when considered purely in the context of Star Trek, because it was the Big One, the one that made all the difference—the film which proved to Paramount that Roddenberry and the fans had been right all along when trying to convince the studio executives that they were sitting on a goldmine in this long-ago-canceled TV series. ST:TMP opened the floodgates for all the sequels, and then for all the subsequent Trek franchises, which, of course, continue right up to the present day.

That said, whatever one thinks about the overall film, I think it’s safe to say that it features many individual components which are worthy of celebration on their own terms, from what is perhaps Jerry Goldsmith’s finest score, to the fact that this was the last major movie directed by Robert Wise, and the first major picture supervised by Jeffrey Katzenberg.

Coate: Can you recall your reaction to the first time you saw Star Trek: The Motion Picture?

Jones: I can not only recall my first reaction to seeing ST:TMP, I’ve got an audiocassette which preserves the reactions of one of the first audiences to see the film at the Chinese Theater in Hollywood. You can hear the thrill at the first blast of Goldsmith’s main title march, the applause greeting all the individual cast members’ names in the credits, the gasps of awe and wonder at the sight of the dramatic effects in the opening Klingon/V’ger battle, the laughter at McCoy’s first entrance, the audible approval at the mild bits of profanity which would never have passed the NBC censors, and on and on.

It’s hard to recall my own individual impression, partly because I was already as familiar with the story as if I had actually worked on the movie, thanks, of course, to my research. But I definitely enjoyed it—especially seeing it on that big screen with that enthusiastic audience—and I wasn’t particularly a Trekker, just a fan of fantasy and science fiction in general.

Coate: How is Star Trek: The Motion Picture significant within the science fiction genre?

Jones: In terms of filmed science fiction, it completes an unofficial s-f trilogy directed by Robert Wise—after The Day the Earth Stood Still and The Andromeda Strain—and the first one to afford Wise the opportunity to explore outer space. And it certainly cemented the burgeoning box office popularity of big, expensive s-f epics with dazzling special effects.

Coate: What was the objective with your book?

Jones: The first objective with the book was to research it, by interviewing sixty cast and crew members. The second objective was to write it. Who knew that the third and final objective—to get it into print—would end up taking all these decades? On another level, my aim with ST:TMP was the same as with my first book, on the 1955 suspense classic The Night of the Hunter (Heaven and Hell to Play With: The Filming of The Night of the Hunter), not to simply slap a lot of Q&A on the pages, but to edit all the answers into what I call “a montage of memories.” Ideally, this gives the reader a “you are there” experience, hearing a round robin discussion of the movie’s creation in the words of the people who actually filmed it.

Coate: Why has it taken 35 years for this Star Trek: The Motion Picture work of yours to get published?

Jones: As some of your readers may already know, this project originated as a commission to do a special double issue of Cinefantastique magazine, similar to ones the periodical had produced on Star Wars and Close Encounters. In the event, for reasons that will have to remain mysterious, the editor who had promised his readers Return to Tomorrow and who alas is no longer with us, never kept that promise. So my little manuscript has been wandering through the wilderness of book publishing ever since, finally finding its champion in Taylor White of Creature Features, (may his tribe increase).

Coate: In what way is your book different/unique compared to the numerous existing books written about Star Trek?

Jones: Frankly, I think the in-depth approach undertaken in Return to Tomorrow not only sets it apart from most other Star Trek books but also most film history books in general. I don’t think a major studio blockbuster production of that era has ever been examined in as much detail as you’ll find in Return to Tomorrow. For all the Trekkers who urged me to pack the volume with “minutia,” I hope the book delivers. Film historians in general will also find much meat. And the average reader, I hope, will enjoy the dramatic story of a highly troubled production.

Coate: Which version of Star Trek: The Motion Picture do you think is best: the theatrical cut or the Director’s Cut?

Jones: My own preference is for the Director’s Cut, which Robert Wise was finally able to put on video years after the fact. It moves better, and is greatly improved by the addition of much material which was dropped from the first version in the hell-for-leather race to get it into theaters in time.

Coate: What are the attributes of Star Trek: The Motion Picture? What are some of its flaws/disappointments?

Jones: In addition to components already mentioned, I must, of course, single out the extraordinary special effects, produced under incredibly trying conditions by John Dykstra and Doug Trumbull. The overall film probably doesn’t surpass the sum of its excellent parts, and I think my book will go some way to explain why this is so. 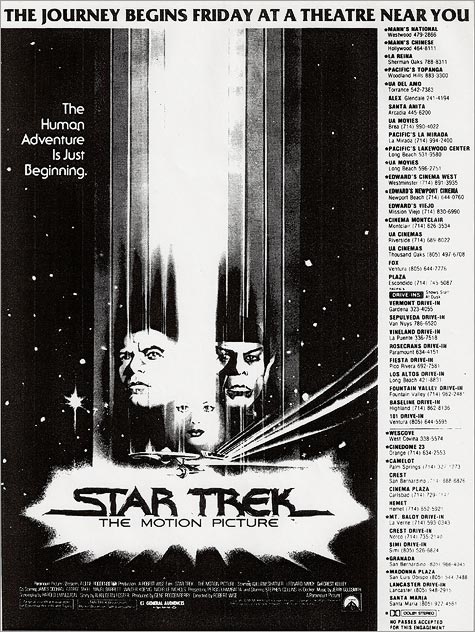 Coate: Was Robert Wise a good choice for director? What skills, sensibilities, etc. did he bring to the project?

Jones: I’ll state flatly that if anyone else but Robert Wise had directed Star Trek: The Motion Picture, it probably wouldn’t have gotten made. He was the eye of the hurricane, the patient, enduring, hard-working, sweet-tempered, inventive soul who withstood every setback and surmounted all obstacles to achieve for the studio executives what he, himself, didn’t really think was possible: to pull it all together and put it in theaters by their drop-deadline of December 7, 1979. If my book has a hero, it’s Robert Wise, and for a short time it was a privilege to know him.

Coate: What is the legacy of Star Trek: The Motion Picture?

Jones: Well, that brings us right back to my answer to your first question, doesn’t it? Star Trek: The Motion Picture was the movie that made all the other Star Treks possible, the one that made the fans’ and Roddenberry’s long-held dreams a reality—and how many pictures can lay claim to such a legacy as that?

Coate: Thank you, Preston, for sharing your thoughts on Star Trek: The Motion Picture on the occasion of the 35th anniversary of its release.

Tweet
Published in History, Legacy & Showmanship
Tagged under
back to top

Michael Coate is a journalist and film historian who joined The Digital Bits as a Contributing Editor in 2013. His column for The Bits is History, Legacy & Showmanship, which focuses on retrospectives and tributes to popular and historically significant films. From…