Sony sets Fraggle Rock: The Complete Series for release on Blu-ray on 9/25, plus Le Grande Lebowski in 4K 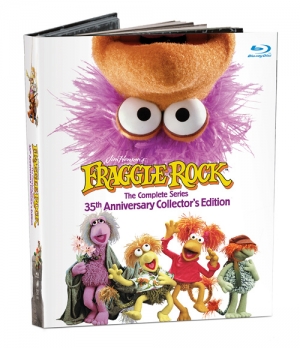 Yes, it’s true! We revealed this on social media last night and it caused quite a stir!

Sony Pictures Home Entertainment has officially announced the 9/25 release of Fraggle Rock: The Complete Series on Blu-ray and DVD in honor of the series’ 35th anniversary.

Fraggle Rock: The Complete Series will feature all 96 episodes remastered in high definition on 12 Blu-ray Discs with lossless audio.

All-new extras will include an interactive Fraggle Music Celebration that allows you to sing along to every episode, the Life on Set: Moments with Jim Henson featurette, and a 1993 Today Show segment featuring Uncle Travelling Matt. [Read on here...]