[Editor’s Note: This is a UK REGION B Blu-ray release.]

Challenging the norm of what a horror film could be during a time when there was a glut of mindless slasher films still being produced, Candyman, based upon Clive Barker’s story The Forbidden, is a genre-defiant blend of love story, race relations, and urban legends. Not only did the film give horror fans a new figure to fear, but it also reaffirmed to critics and audiences that horror could be more than blondes in tight t-shirts running from masked maniacs with machetes.

Stumbling upon the urban legend of Candyman, whose lore contends that saying his name five times in a mirror will allow him to appear and murder you, college student Helen (Virginia Madsen) and a fellow student Bernie (Kasi Lemmons) decide to follow up on a claim about the legend at a dangerous urban housing project. After Helen and Bernie decide to put the legend to the test, Helen begins seeing the Candyman in an almost trance-like state. Waking up from these encounters, she finds herself blamed for the brutal and bloody murders that take place at the hand and hook of the Candyman. But at the same time, the Candyman has other plans for Helen.

Candyman is, without a doubt, one of the finest horror films of the 1990s. Nontraditional in every sense of the word, it’s less about a supernatural villain and more about a love story between two lost souls amidst violence and bloodshed. Tony Todd is tailor-made to play the role of Candyman. With his deep, booming voice and handsomely regal look, he embodies the role with the greatest of ease. The beautiful but vulnerable Virginia Madsen is wonderful as the curious and troubled Helen, the potential object of Candyman’s undying affections.

Candyman is also a perfect blending of source material and director. Clive Barker’s original story is less about race, even taking place in Liverpool, while Bernard Rose’s interpretation takes place in Chicago and deals exclusively with race, even filming in the infamous Cabrini-Green housing projects, which were well-known at the time for the amount of gang violence that took place there. The icing on the cake is a breathtakingly beautiful choir/piano score by Phillip Glass – one of the finest scores ever crafted for a horror film. And even though sequels were almost inevitable, the original film stands tall as a one-off masterpiece that, thankfully, wasn’t diluted by its follow-ups. Even the film’s ending pokes fun at what could be have been done with a traditional sequel, which was apparently ignored by the powers that be.

A long-awaited title to make the leap to high definition, Candyman comes to Region B Blu-ray from Arrow Video with transfers for the U.S. and U.K. versions of the film, both taken from a brand new 2K restoration from a new 4K scan of the original camera negative, which was supervised and approved by writer/director Bernard Rose and director of photography Anthony B. Richmond. Needless to say, it’s a major upgrade. Grain levels are much more even with amazing depth and detail, even in darker sequences, while overall brightness and contrast is perfect. The image is incredibly stable with no obvious leftover instances of damage or debris. The color timing has been altered in several scenes compared to previous versions of the film. It’s dramatically different in one scene which is now made to appear darker than it was, but according to one of the audio commentaries, Bernard Rose insists that the color grading for the home video versions of the film have always been incorrect. The U.K. version of the film extends one sequence by only a few seconds, which has been taken from a lower-source print, but blends in fairly well considering. It's also worth noting that the black frame that plagues both versions of the film on the Scream Factory release is not present.

The audio for the U.S. version comes in two options: English 5.1 DTS-HD and English 2.0 LPCM, while the U.K. version features English 2.0 LPCM only. There are also optional subtitles in English SDH for both versions. All of these tracks offer plenty of sonic goodness, with particular regards to the score, but the 5.1 manages to inject the experience with subtlety and rear speaker activity. Todd’s deep, bass-inducing voice is in full effect, giving your subwoofer a workout, while other sound effects have plenty of spark to them as well. Dialogue is clear and discernable all throughout, and there are no instances of distortion. It’s an excellent presentation.

This release also comes with a nice amount of bonus material. Disc One, which contains the U.S. version of the film, features a new audio commentary with writer/director Bernard Rose and actor Tony Todd, which is fantastic as they barely talk about the film and just catch up on current events and recent movies; another new audio commentary with authors Stephen Jones and Kim Newman, who offer up plenty of great anecdotes; Be My Victim, a 10-minute interview with Tony Todd and It Was Always You, Helen, a 13-minute interview with Virginia Madsen, both covering some of the same territory as the previous featurettes and commentaries, but with a recent look at both of them; The Writing on the Wall: The Production Design of Candyman, a 7-minute interview with production designer Jane Ann Stewart, who lets us know that the restroom scene was a bit too much for her; Forbidden Flesh: The Makeup FX of Candyman, an 8-minute interview with effects artists Bob Keen, Mark Coulier, and Gary J. Tunnicliffe, briefly going over their work on the film, including an amusing incident involving the creation of Candyman’s hook; A Story to Tell: Clive Barker’s The Forbidden, a 19-minute interview with critic/author Douglas E. Winter, who expertly and passionately compares the film and the original story; Urban Legend: Unwrapping Candyman, a 21-minute interview with lecturer/author Tananarive Due and author/screenwriter Steven Barnes, which is a free-form discussion about how African American filmmakers might make the film today, and how they felt about the original when it was released; the theatrical trailer in HD; a still gallery containing 39 images of posters, lobby cards, and on-set photos; and finally, the Bernard Rose short films A Bomb with No Name on It from 1975, The Wreckers from 1976, and Looking at Alice from 1977.

Disc Two, which contains the U.K. version of the film, features The Cinema of Clive Barker: The Divine Explicit, a new 29-minute interview with Barker himself. Also included in the package is a double-sided poster; 6 lobby card reproductions; a 24-page insert booklet with an essay on the film by Michael Blyth, as well as restoration details; and another 40-page insert booklet containing Bernard Rose’s full color storyboards, as well as a forward by Rose himself. All of this is housed in a beautiful, sturdy cardboard package.

Released concurrently with Scream Factory, this set features many of the same extras, but definitely not all of them. Not included is a vintage audio commentary with Bernard Rose, Clive Barker, producer Alan Poul, and actors Virginia Madsen, Tony Todd, and Kasi Lemmons; a new audio commentary with Bernard Rose, moderated by Adam Green and Joe Lynch of The Movie Crypt podcast; Sweets to the Sweet: The Candyman Mythos, a 24-minute vintage featurette about the film; Clive Barker: Raising Hell, an 11-minute interview with the author/producer/director; The Heart of Candyman, a 7-minute interview with Tony Todd, which is a shortened version of a longer interview carried over from Scream Factory’s previous Blu-ray of Candyman: Farewell to the Flesh; a 5 1/2 minute video showcasing Bernard Rose's storyboards; 3 TV spots; a still gallery containing 62 images of posters, lobby cards, on-set photos, and behind the scenes shots; the film’s original script, accessible via BD-ROM; Reflections in the Mirror, a new 10-minute interview with Kasi Lemmons; and A Kid in Candyman, a new 14-minute interview with actor Dejuan Guy. This release also features audio in 2.0 DTS-HD instead 2.0 LPCM. Needless to say, if you're a die-hard fan of the film and you're also somebody who is Region B capable, I highly suggest picking up both packages to get everything.

Arrow Video’s Limited Edition release of Candyman offers a gorgeous new presentation of the film with a nice amount of extras to dig into. It’s an excellent film in a lovely package to house it all in and, without a doubt, comes highly recommended! 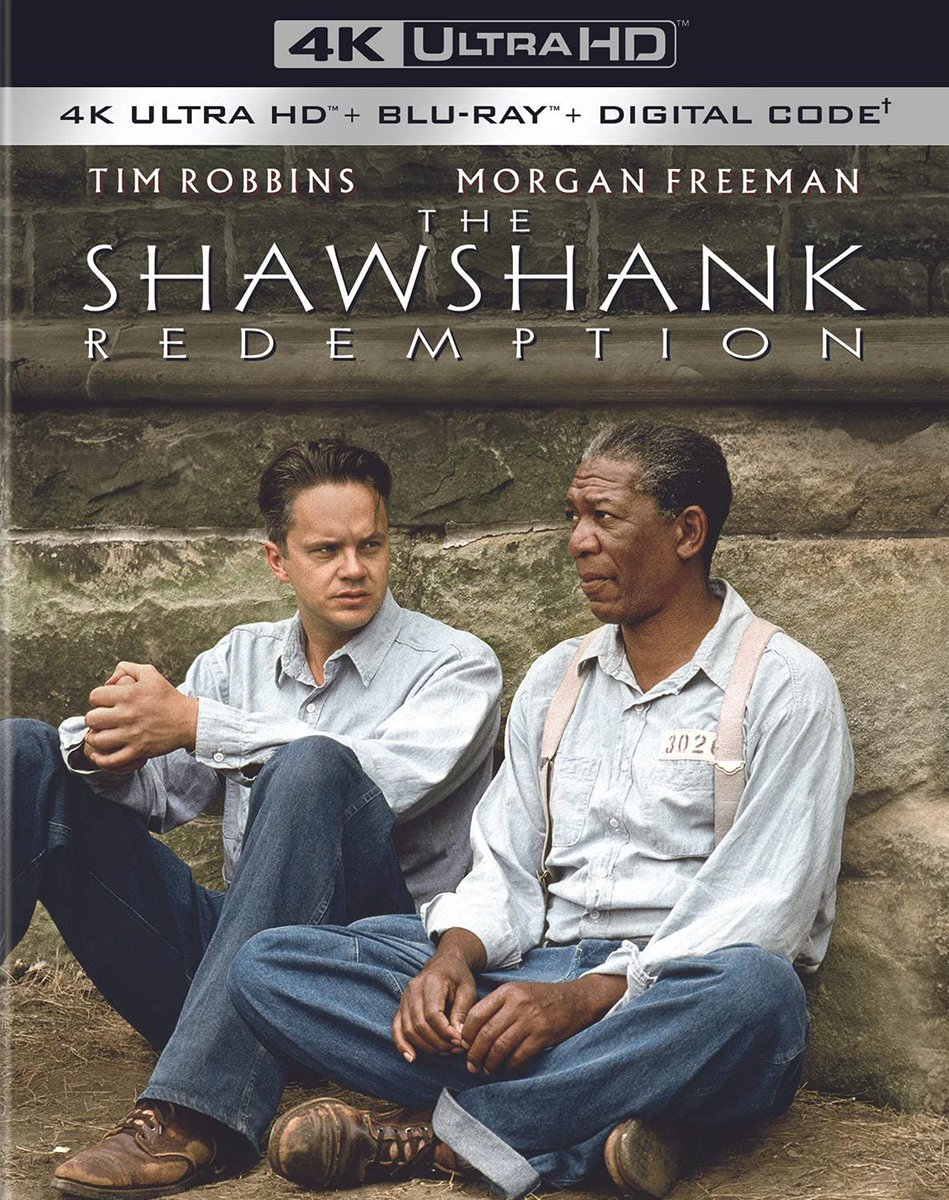