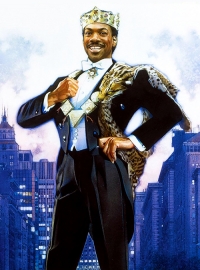 We’re closing out the week here at The Bits with a couple more reviews...

I’ve posted my in-depth thoughts on Warner Bros. Home Entertainment’s new Bugs Bunny: 80th Anniversary Collection Blu-ray set. You’ll be glad to know that it’s pretty great. The remastered shorts look fantastic, and the new hour-long documentary is worth every minute of your time. And for those of you who might be wondering, I’ve compiled a list of the Bugs Bunny shorts that remain unreleased on Blu-ray AFTER this set (also accounting for the shorts included on all the previous Looney Tunes: Platinum Collection BD sets). You’ll find that at the end of the review.

And we’ll be working on more Blu-ray and 4K reviews all weekend here at the site. Next up for me is a look at Kino Lorber Studio Classics’ restored Blu-ray of Mad Max (the 4K review will be added as soon as we receive the disc), as well as HBO’s Chernobyl in 4K Ultra HD. And there are more to follow. [Read on here...]

There’s not a lot of release news today, but we do have this: Amazon Studios has acquired the distribution rights to Paramount’s Coming 2 America. They’ll release it on Amazon Prime on 3/5/21.

This follows in the wake of Warner and DC’s recent announcement that the long-delayed Wonder Woman 1984 will debut on HBO Max on 12/25, the same day as it receives a limited theatrical release.

Also, Amazon is continuing its major pre-Black Friday sale on 4K Ultra HD titles from Warner, Lionsgate, Sony, Universal, Paramount, and more. Tons of titles are on sale for $8-17 each: Top Gun, Rambo, Dark Knight, etc. Click here or on the image below to start paging through them all (and don’t forget to keep checking these links—as we approach Black Friday, there are likely to be lots more deals on Blu-ray and 4K titles)...

And finally, this is the last time we’ll mention it before the new year, but given 2020’s current difficult economic times (which have unfortunately crushed online advertising and affiliate sales income), we ask that if you believe in and appreciate the work we do here at The Digital Bits, please consider making a donation to the site via PayPal (click here or the button below). Every little bit makes a difference in terms of helping us to keep the site going strong, and we really do appreciate it very much. And thank you again to every single one of you who have donated in the past, and to all those of you who support our work in other ways. We’re very grateful to have all of you as readers.

All right, keep checking back here and on our social media feeds as we post more reviews over the weekend. We hope you have a great one. And as always, stay tuned...!