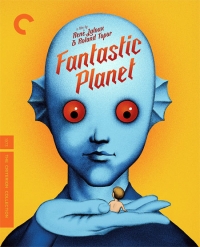 Dr. Strangelove is mastered from a new 4K restoration uncompressed monaural audio and the alternate 5.1 surround soundtrack, new interviews (with Stanley Kubrick scholars Mick Broderick and Rodney Hill; archivist Richard Daniels; cinematographer and camera innovator Joe Dunton; camera operator Kelvin Pike; and David George, son of Peter George, on whose novel Red Alert the film is based), excerpts from a 1965 audio interview with Kubrick conducted by Jeremy Bernstein, 4 short documentaries from 2000 (about the making of the film, the sociopolitical climate of the period, the work of actor Peter Sellers, and the artistry of Kubrick),  interviews from 1963 with Sellers and actor George C. Scott, an excerpt from a 1980 interview with Sellers from NBC’s Today Show, the trailer, and an essay by scholar David Bromwich and a 1962 article by screenwriter Terry Southern on the making of the film. Fantastic Planet is also mastered from a new 4K restoration and features the uncompressed monaural soundtrack, an alternate English-language soundtrack, Laloux and illustrator Roland Topor’s 1966 short film Les escargots, the 2009 Laloux sauvage documentary, the 1974 Italiques: Roland Topor Special French television program, archival interviews, the trailer, a new English subtitle translation, and an essay by critic Michael Brooke. Be sure to visit the Criterion website for all the details, and note that we’ve got the cover artwork (with Amazon pre-order links) below.

In other release news today, Warner Archive has set Alfred Hitchcock’s Suspicion for BD release on 4/12. The Archive is also working on a BD release of Mike Nichols’ Who’s Afraid of Virginia Woolf? likely expected to street the same day.

Also today, Cartoon Network has set Rick and Morty: Season 2 for Blu-ray and DVD release on 6/7.

And Oscilloscope Laboratories has set Ciro Guerra’s Embrace of the Serpent for Blu-ray release on 6/21.

Now then... I apologize for the delay because I know there’s intense interest. But if you can wait just one more day, I’ll have those Star Trek 50th anniversary Blu-ray details for you. I’m just waiting to hear back from a last few sources this afternoon. Even if I have to chase ‘round the Antares maelstrom, I’ll have something to say on the subject tomorrow. And I know a thing or two about it because, starting over a year ago (and then again in recent months) I was asked by Paramount for my advice on what home video should do for the 50th Anniversary. So… check back tomorrow.

Here’s a look at the Blu-ray cover artwork for those new Criterion titles, plus a couple others mentioned above. Note that most of the Criterions aren’t up for pre-order on Amazon yet, but I’ll add clickable cover links as they come online... 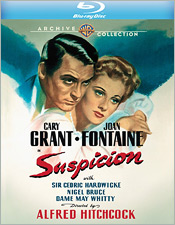 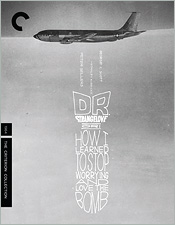 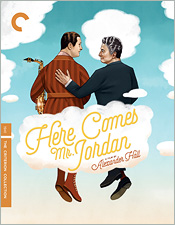 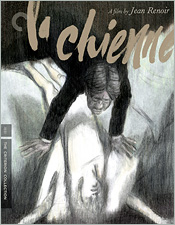 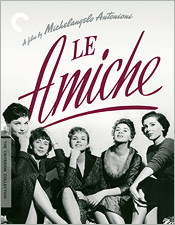 Here's some extra Sunday reading for you: Jahnke's Electric Theatre's #Disney Plus-Or-Minus look at Make Mine Music. Check it out! jahnkeselectrictheatre.com/disney-plus-or…

Heads-Up: @VinegarSyndrome is having their annual Halfway to Black Friday #sale, with several new and #exclusive titles, plus 50% off most older titles. The #sale is on until Monday at Midnight (EST), so stock up! #BD #Bluray #DVD #horror #scifi #cult vinegarsyndrome.com