All right, obviously with New Year’s falling mid-week, many people aren’t headed back to work until after the weekend.  But still, we’ve got a little something for you to check out today.  Specifically, we have some new Blu-ray cover art for you to look at.

Some of what you see here is official U.K. artwork and the rest of it is studio temp art, but the final U.S. covers are likely to be very similar to what you see below.  [Read on here…]

That said, here’s a look at the U.K. Blu-ray artwork for both the regular and 3D versions of Warner’s The Hobbit: The Desolation of Smaug (TBA – but likely due in stores on 3/18, plus or minus a week) and Gravity (also TBA), U.K. artwork for the BBC’s Sherlock: Season Three (due in stores in the States on 2/11 – it began airing last night in the U.K. and starts on PBS in the States on 1/19) and finally Paramount’s temp art Anchorman 2: The Legend Continues (TBA).  All of these titles (except the two Blu-ray 3Ds) are now available for pre-order in the States on Amazon.com and the covers below link to the respective pre-order pages… 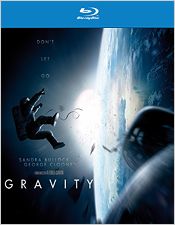 Back later with more.  Stay tuned!

Today on The Bits – FUNimation sets AKIRA for #4K on 12/22, plus GOING MAD: THE BATTLE OF FURY ROAD free on YouTube thedigitalbits.com/columns/my-two…