An Honor To Be Nominated: A Serious Man

If it can be difficult to remember who won the Academy Award for Best Picture, it’s downright mind-bending trying to remember everything else it was up against. In An Honor To Be Nominated, I’ll be taking a look back at some of the movies the Oscar didn’t go to and trying to determine if they were robbed, if the Academy got it right, or if they should ever have been nominated in the first place. [Read on here...]

Number of Wins: None

For all their talk about the grand tradition of the Oscars, the Academy of Motion Picture Arts and Sciences has never been shy about shaking things up. Many people don’t realize that there were essentially two Best Film categories at the very first ceremony. The Best Production award, what we know today as Best Picture, went to Wings. The Artistic Quality of Production award was given to F.W. Murnau’s Sunrise. It seems that even in 1927, voters didn’t entirely understand the difference between the two categories. It would be the first and last time the Artistic Quality of Production award was given.

In 2009, the Academy announced that the number of Best Picture nominees would increase from five to ten, returning to a system that had been abandoned, presumably for a good reason, back in 1944. Most everyone viewed this as a shameless grab for ratings and a response to the perceived snubbing of The Dark Knight in the category the year before.

A few populist favorites did get nominations that first year, including Avatar and The Blind Side. But critics complained that the rule change allowed movies to sneak in that didn’t deserve to be there. So after just two years, the Academy changed the rules again. Starting in 2011, there would be no fewer than five and no more than ten nominees in the Best Picture category.

During the 2009 awards season, one of the films most commonly considered a beneficiary of the ten-film rule was Joel and Ethan Coen’s A Serious Man. It received just one other nomination, tying it with The Blind Side as the least-honored nominee of the year. Most critics were impressed with the film but it was a far cry from the popular favorites the Academy had unofficially hoped would benefit from the new arrangement. Indeed, even by the Coen Brothers’ standard, it remains one of the most divisive movies of their career.

The Coens have never been easy to pin down, which is exactly what makes them such vitally important filmmakers. They have never courted popularity but popularity has occasionally agreed to meet them on their own terms. Movies like Fargo and O Brother, Where Art Thou? go against every commonly held belief of what a mainstream success should be, yet that’s exactly what they were. Occasionally, audiences need time to catch up to their work. The Big Lebowski is now one of the biggest cult movies of the last 20 years, but critics and audiences alike didn’t know what to make of it in 1998.

A Serious Man is unlikely to ever reach that level of pop culture ubiquity. But dismissing it entirely is a mistake, especially for anyone looking for a deeper understanding of the Coens’ entire body of work. This is one of their most personal films, although you shouldn’t necessarily mistake “personal” with “autobiographical.” Like Fargo, A Serious Man is set in their home state of Minnesota, but I would argue that the fundamental difference between the two is that Fargo is based on what they observed while growing up, while A Serious Man is rooted in what they lived.

Stage actor Michael Stuhlbarg stars as Larry Gopnik, a physics professor in 1967 Minnesota. His wife has been having an affair with Sy Ableman (Fred Melamed) and is demanding not just a divorce but a get so she can remarry in the Jewish faith. His troubled brother Arthur (Richard Kind) is facing criminal charges. Larry is also up for tenure, but the voting committee has been receiving anonymous letters slandering him. With the stress piling on, Larry turns to his faith for guidance and meaning but the various rabbis he meets with confuse him even more.

The Coens are famous for ambiguous endings, as in Barton Fink and No Country For Old Men, but A Serious Man infuriates even their most devoted fans. Here, both the opening and closing scenes are open to interpretation. The movie opens with a completely unrelated prologue about a dybbuk set in a Polish shtetl fifty years earlier. The Coens are notoriously coy in interviews but they’ve said this prologue really doesn’t have anything to do with the rest of the movie other than to set the tone. But it’s hard not to read more into it. Is it a parable or part of Larry’s ancestral back story or simply an elaborate bit of misdirection?

As for the ending, Larry receives some bad news from his doctor while at the exact same time, his son Danny faces down a massive tornado that’s barreling toward his school. The end. Not only do you not get any answers, you’re not even entirely sure what the questions are supposed to be. And that, I believe, is exactly the point.

A Serious Man has its roots in the Old Testament, particularly in the story of Job. But to me, it’s not so much a religious movie as it is a movie about religion. It’s the Coens’ interpretation of what it felt like to grow up Jewish in the Upper Midwest. Larry feels alienated from everyone, Jews and Gentiles alike. Judaism is as much a mystery to him as any other belief system. He was taught that it should provide meaning and solace, but instead it’s a baffling, closed-off labyrinth of puzzling stories and arcane traditions.

It probably is true that A Serious Man would not have received a Best Picture nomination under the five-film rule. Based on this year's snubbing of Inside Llewyn Davis, it probably wouldn't have even been nominated under the current five-to-ten setup. Even so, I believe A Serious Man absolutely deserved its nod. This is a dense, difficult film. It’s dark, funny, and deeply philosophical in its own strange way. The Coens have never been particularly interested in meanings. Instead, they’re fascinated by the search for meaning and how it affects people differently. It’s a recurring theme in their work and A Serious Man may well be their most heartfelt expression of it. It disappoints me to see how many Coen fans have dismissed this extraordinary film. I’ve returned to it again and again, each time finding myself thoroughly engrossed and fascinated over the endless questions it raises.

A Serious Man is available on DVD and Blu-ray from Universal Studios Home Entertainment.

Tweet
Published in Jahnke's Electric Theatre
Tagged under
back to top 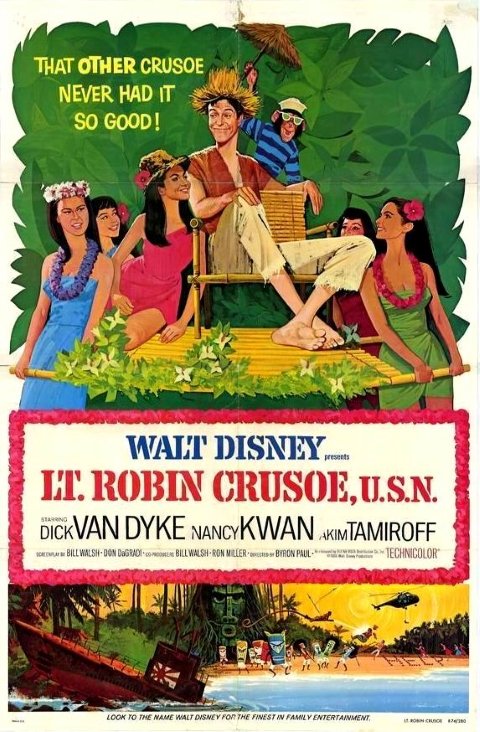